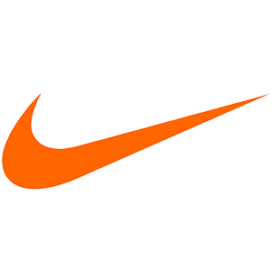 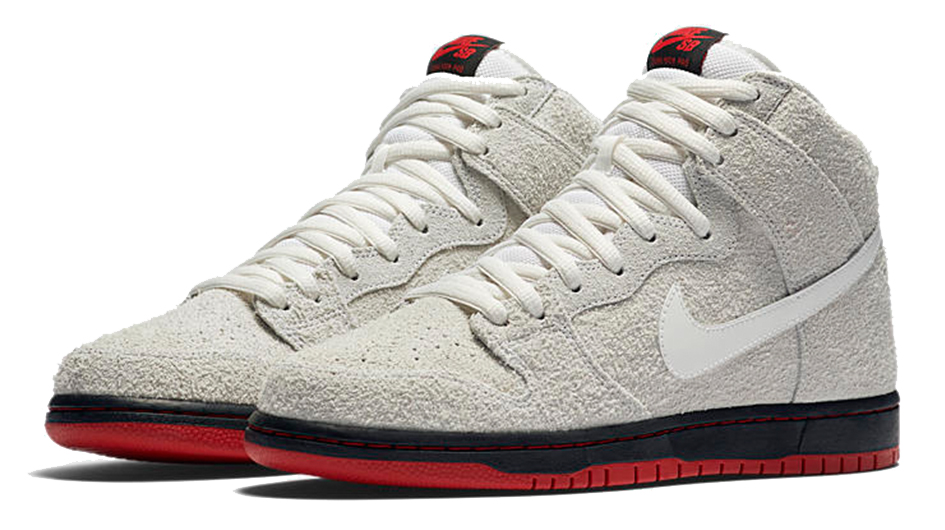 The Nike Dunk High SB Pro “Black Sheep” is a colloboration between Nike SB and the North Carolina based company Black Sheep.  The SB Dunk High collab is a play on the saying “A Wolf In Sheep’s Clothing.” The upper of the shoe is done up in shag faux suede in a summit white color to represent sheeps wool. The blacks and reds of the tongue and sole really give this shoe a nice pop to the eye. The white tongue features a black Nike SB branded tag with red lettering. On the black midsole see this same red on the stitching and it all sits on top of a solid red ruber outsole.

There are a few secret features to this shoe that really lend offering to the shoe’s overall theme of “A wolf in sheeps clothing”. Upon wear, the all white swoosh reveals an image of gnarling teeth all around the edge of the swoosh. Another cool thing about this collab is that if you look inside the insoles of the shoe you will see singular eyes of a wolf. However, if you remove the insoles and place them together you will see they form the picture of a black wolf. 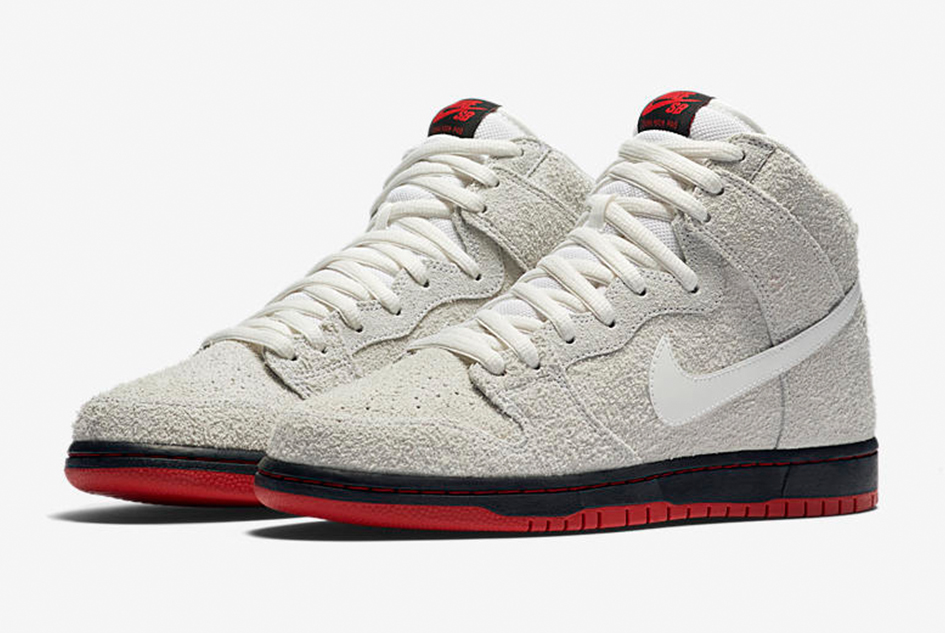 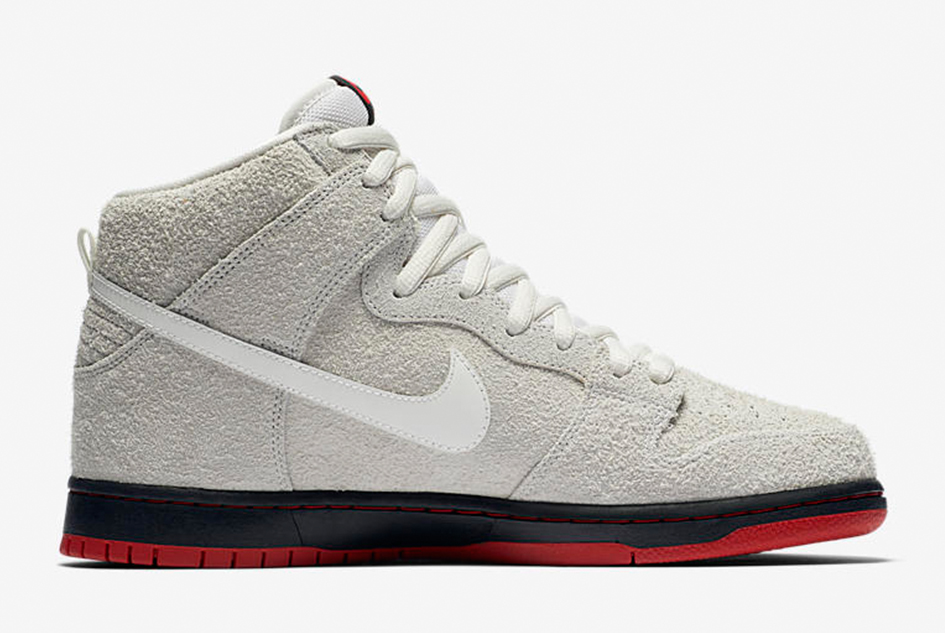 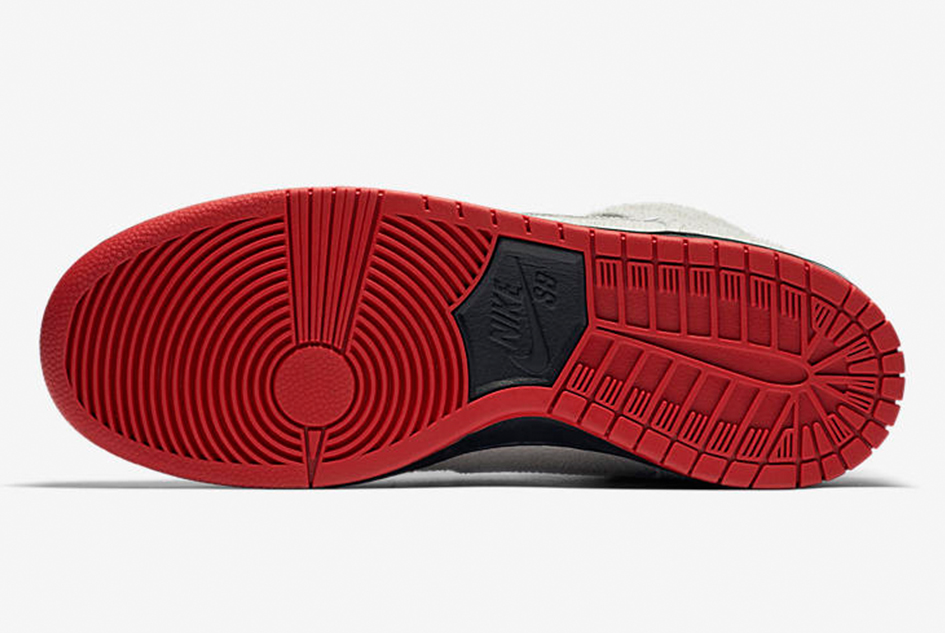 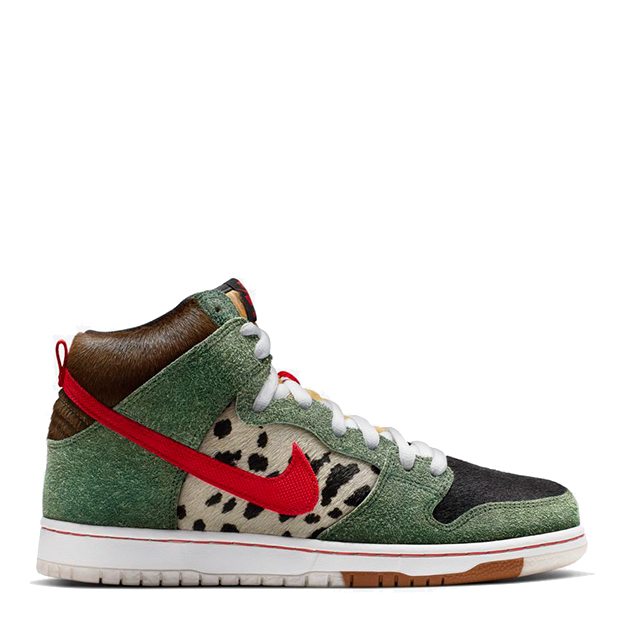 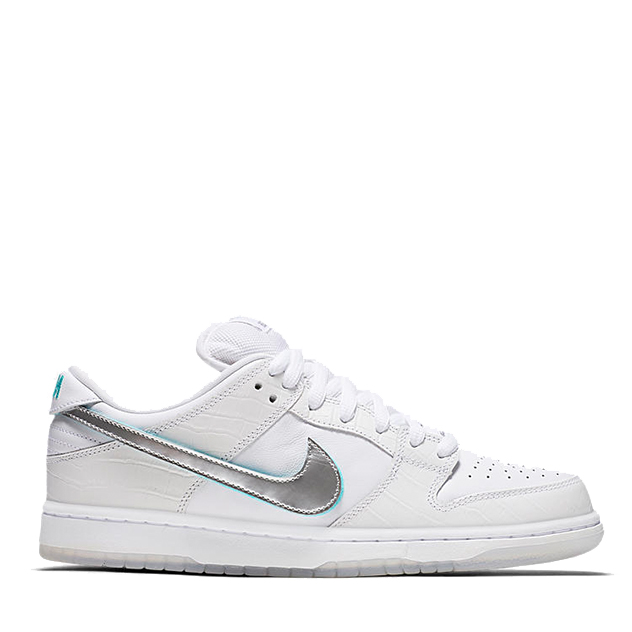 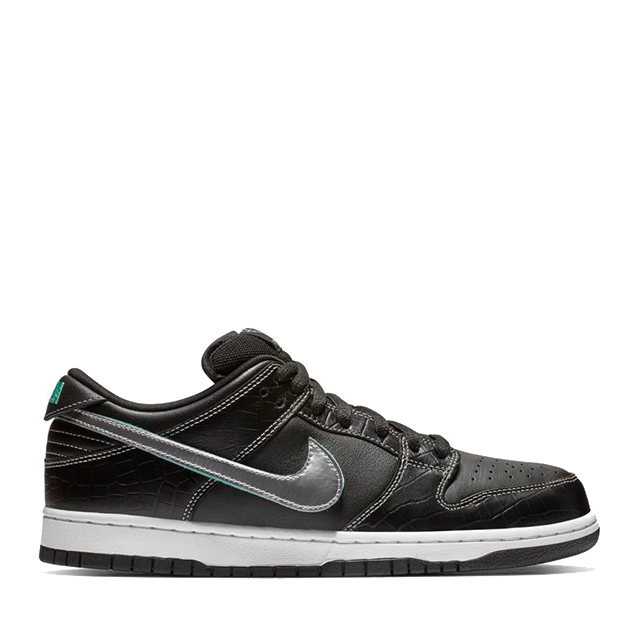 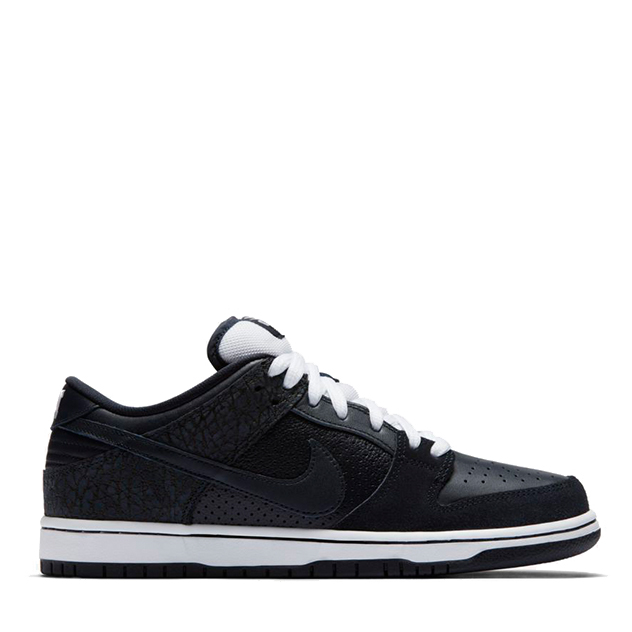 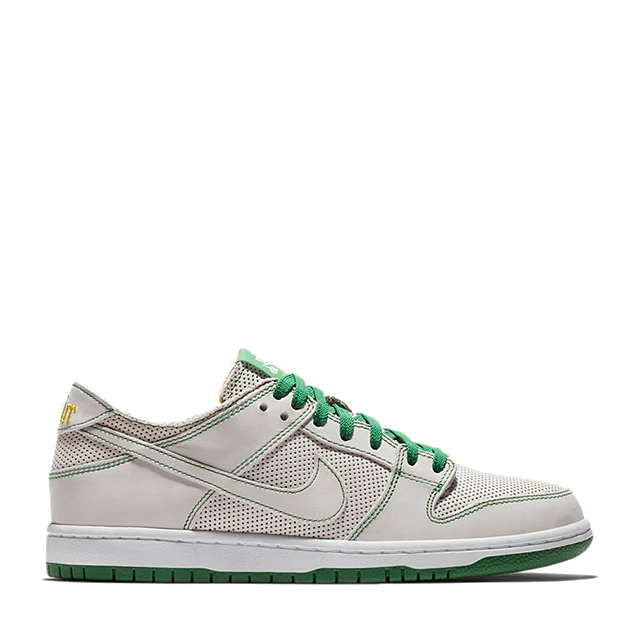