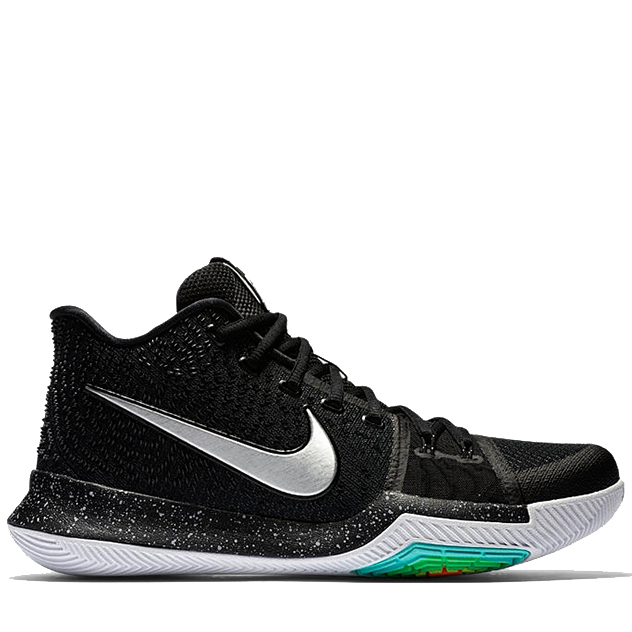 It seems like just yesterday that we were all marveling over the debut of the first Kyrie shoe. Here we are now on the third installment of the signature sneaker of one of the most prolific players in the NBA. At such a young age Kyrie Irving boasts a world basketball championship and Olympic Gold Medal. Not bad for a 24 year old from Jersey. The experts agree that Kyrie is clearly headed in the direction of a decorated and very special career.

Like Nike always does, the Kyrie 3 ups the ante and evolves with Kyrie’s ever changing game. Nike remains at the forefront of athlete technology and analysis and the Kyrie 3 doesn’t disappoint in that regard. For the 3rd Kyrie model, Nike assigned a whole team of designers each with a different specialty in mind for the Kyrie Irving game. The big innovation in the Kyrie 3 is that the curved outsole has been ditched and replaced by two distinct traction pads in addition to a forefoot band design to lock the foot in place. All of this with ball handing and agility of Kyrie Irving in mind.

The Kyrie 3 “Black Ice” is dressed in sleek black syntheic mesh for the upper with metallic silver hits on the lateral swoosh and Kyrie logo located on the tongue. The midsole gives off an Oreo vibe with metallic silver splatters on top of black rubber. The outsole is white rubber with traction pads that mimic a dopplar effect on a weather report. 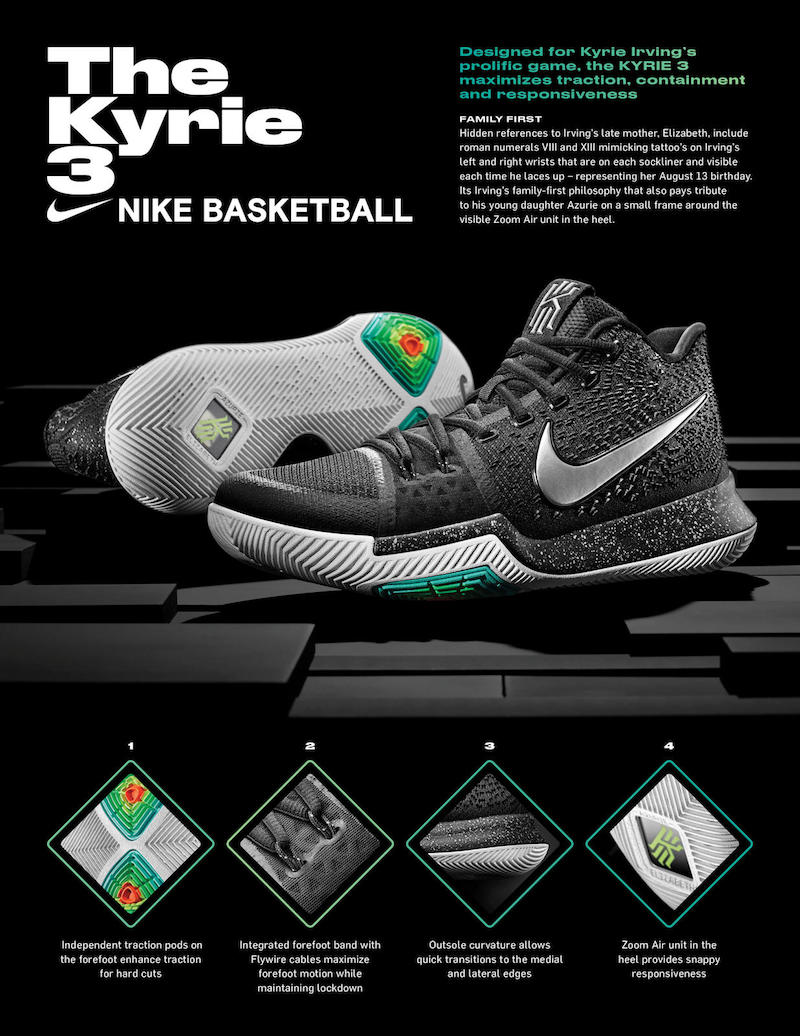 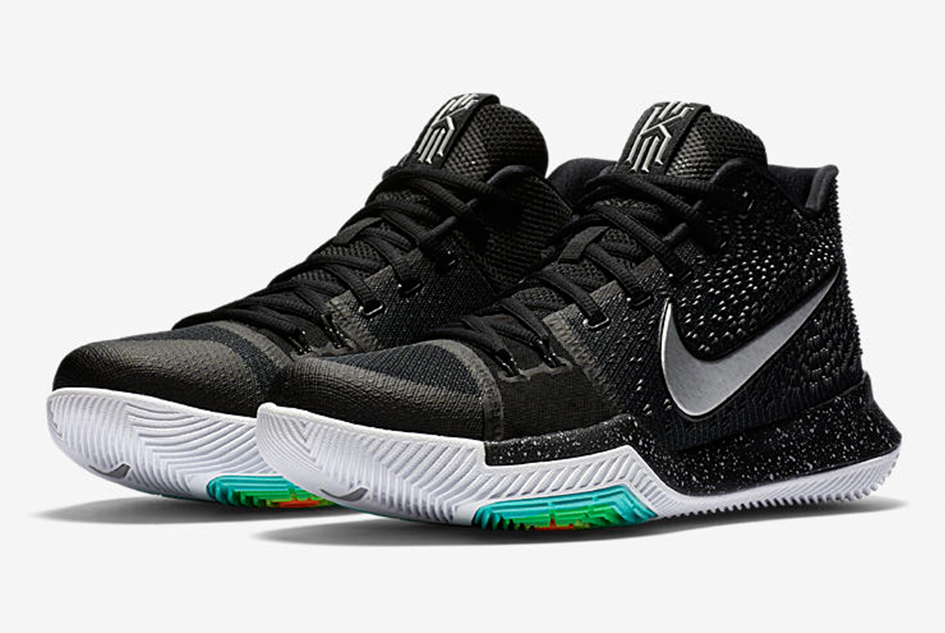 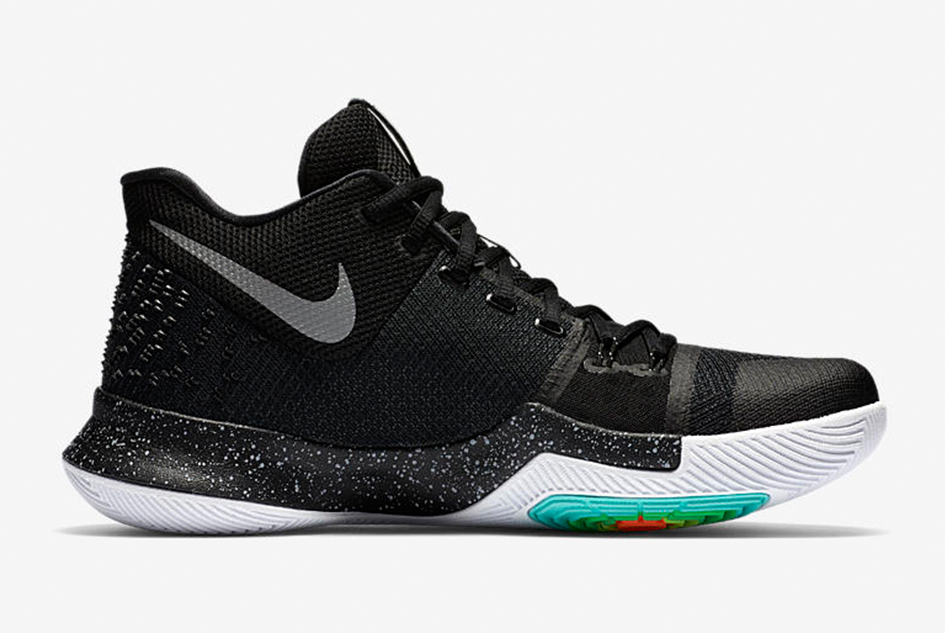 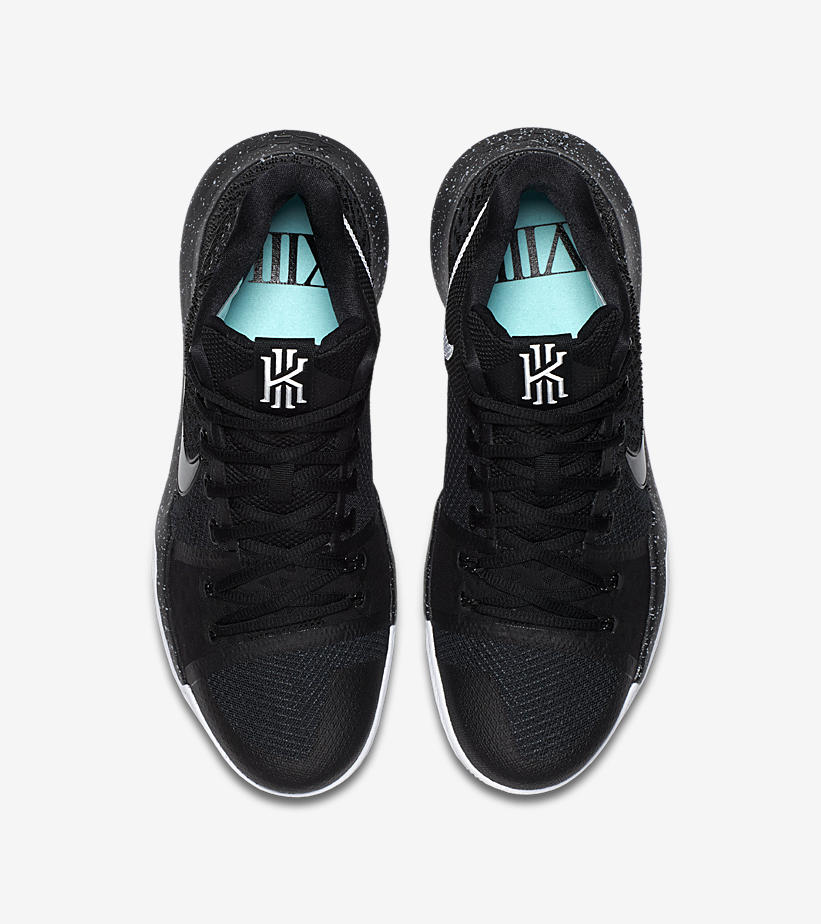 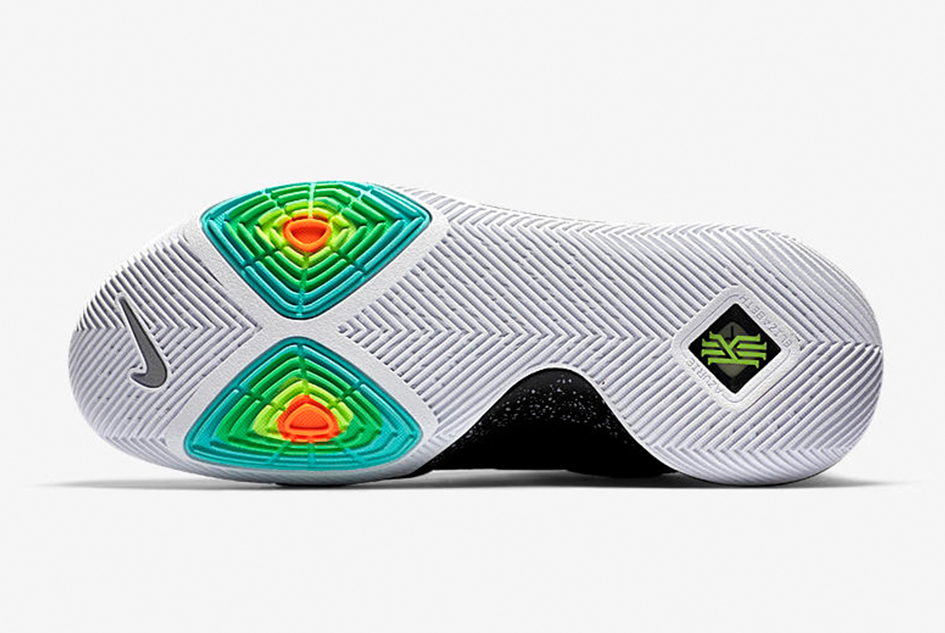 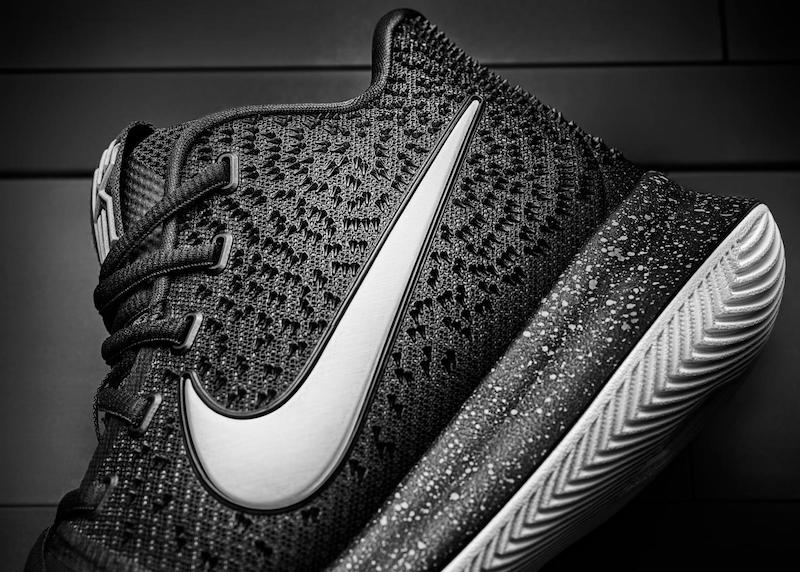 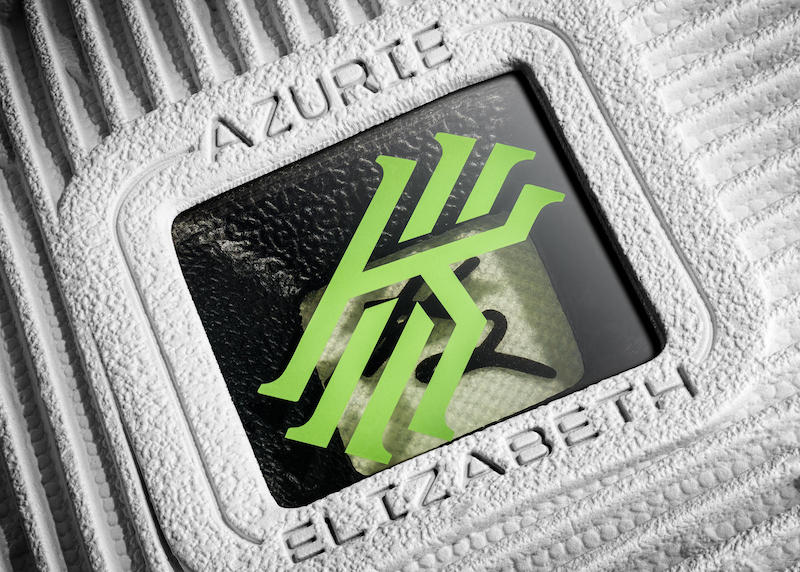 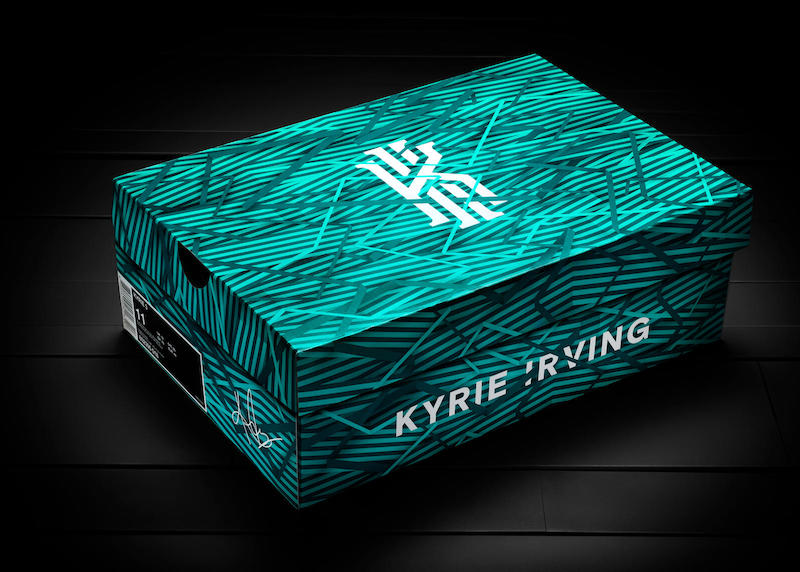 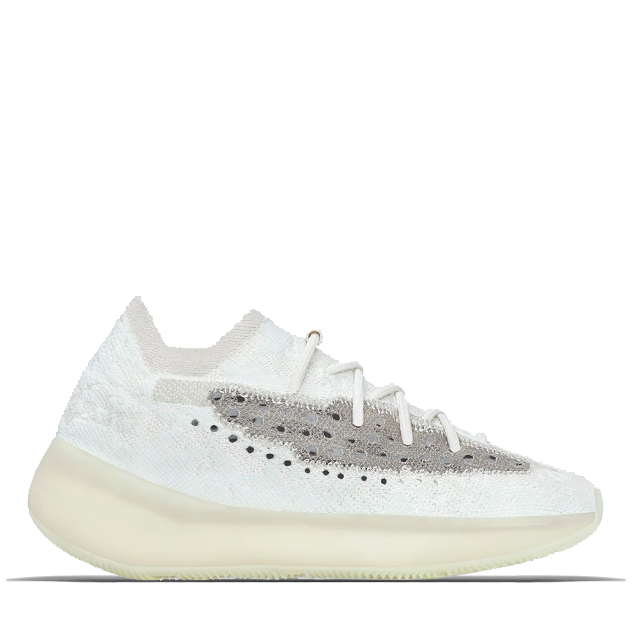 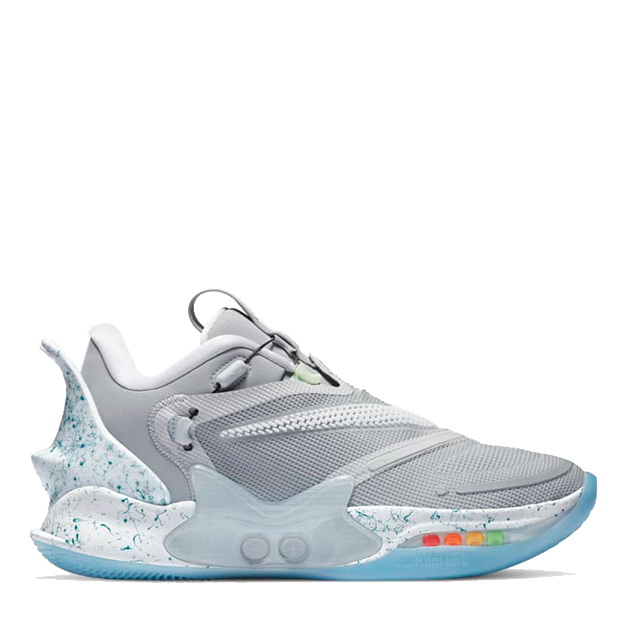